Researching and Designing Play That Matters

Social media does not democracy make. While there are extraordinary examples during the Arab Spring, for example, of Facebook and Twitter enabling mass assembly and connecting local movements to the globe, there are many more examples of everyday democracy where technology has fallen flat. In the United States, elected officials often use Facebook to connect with constituents and poll opinions. But there is a clear distinction between the mostly bottom-up use of social media for macro-coordination in the name of democratic protest, and the mostly top-down use of the media to collect opinions. While both serve some aspect of democratic participation, they are qualitatively unique phenomena.

Each has a unique assumption about the user/citizen. The activist model assumes a passionate user that, heated by the moment, will assemble or take action. The everyday democracy model assumes a dispassionate user who can, given only the channel to communicate, provide good, rational ideas. Of course, in practice, it’s never this clear cut. Protesters can be dispassionate, and those providing feedback to government can be quite passionate.

Governments are not interested in enabling mass protest. They typically want to take actions to avoid it. And, one reasonable action they can take would be to enable everyday democracy by providing good channels for feedback. Increasingly, governments and civic organizations, especially within the United States, are doing this. So, as they work social media into their outreach plans, they often employ models that assume dispassionate citizens that are simply waiting to communicate their brilliant, well-reasoned ideas.

Whenever I deploy a social media tool within a local context, the question I get more than any other is: “can you name an idea that someone posed in the system that was actually implemented?” The answer is typically “no.” But more to the point: why would it matter? It is hardly democratic for a single idea to cut through the fat and rise to the top. The hope, I would hope, would be for an idea to gain traction, to transform, and to meaningfully persuade others so that a wider conversation can take place. I typically don’t get questions about the context of dialogue, or the learning objectives of the process; only, did social media mine the one brilliant idea? Or, perhaps more accurately, did social media mine the one brilliant idea that we already knew we wanted to implement? 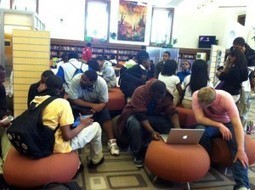 There is a simple lesson in all of this: social media for everyday democracy cannot be about discrete ideas from the dispassionate citizen. It has to establish context, opportunity for dialogue, modes of sharing and connecting, which go beyond the mechanisms currently in place. If we just build tools that open up decontextualized channels via text or SMS, we are no closer to meaningful democratic participation. We just have more people participating in a system that doesn’t work.